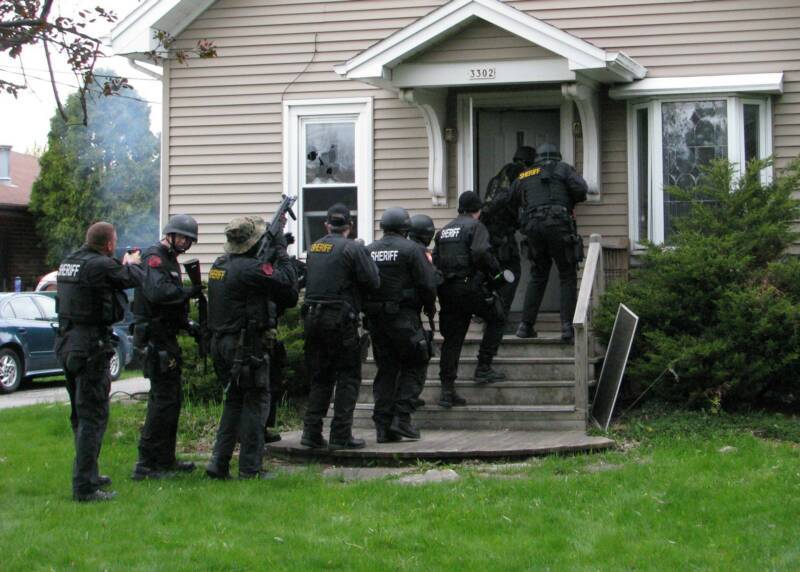 Recently, a Federal Court ruled unconstitutional a city ordinance that mandated inspections of rental housing. (Baker v. City of Portsmouth, U.S. District Court for the Southern District of Ohio, Sept. 30, 2015) The Youngstown, Ohio, ordinance, adopted in 2012, required the inspection (and any required repairs) of single-family dwellings before they could be issued a permit which would allow them to be operated as a rental property. The scope of the inspection included a list of eighty search items.

The Fourth Amendment to the Constitution of the United States of America provides that:

“the right of the people to be secure in their persons, houses, papers, and effects, against unreasonable searches and seizures shall not be violated, and no Warrants shall issue, but upon probable cause, supported by Oath or affirmation, and particularly describing the place to be searched, and the persons or things seized.”

The U.S. Supreme Court has written that “The basic purpose of this Amendment… is to safeguard the privacy and security of individuals against arbitrary invasions by government officials.” Moreover, it has said, “the physical entry of the home is the chief evil against which the wording of the Fourth Amendment is directed.”

The problem with the Youngstown ordinance — which has subsequently been revised in a way that will make it compliant with the court’s ruling — is that it did not provide a mechanism for obtaining an administrative (court) warrant authorizing the inspection. If a property was scheduled for an inspection, the owner’s only choice was to comply or either be denied the economic benefit of renting the property or face a criminal charge for violating the ordinance. The owner had no opportunity for a neutral party (the court) to review the extent of the inspection or the authority of the inspecting entity.

The Portsmouth ruling is not going to change the world of compulsory home inspections. Many jurisdictions around the country have ordinances requiring the inspection of homes that are to be used for rental housing. Others mandate inspections upon changes or ownership, even if no commercial use of the property is anticipated. Courts have determined that legitimate government (read “public”) interests are at play in these situations.

But, in such a case, if the owner does not consent to the inspection, a warrant must be obtained before any sort of punishment can be invoked..

While Baker v. City of Portsmouth may have no earth-shaking effects, it does remind us that we live in a country where the idea of “the sanctity of the home” is to be taken seriously. And that is no small thing.

Bob Hunt is a director of the California Association of Realtors®. He is the author of Real Estate the Ethical Way. His email address is scbhunt@aol.com.